Istria is well suited for those arriving by car from southern and central Europe. From Munich, for example, it is 600 kilometers to Pula or Veruda, where there are various charter providers. When you arrive, you still have to factor in the tolls in Austria, Slovenia, and Croatia, depending on the route (information, for example, on the ADAC website ). The cars can usually be parked anywhere near the port in guarded parking lots for a weekly fee of 60 to 100 euros.

Alternatively, you can also take Flixbus, for example, from Munich directly to Pula overnight, which takes around 10 hours but is also very cheap at under 40 euros per route.
Alternatively, there are flights mainly to Pula, less often on the island of Krk. You can also fly via Trieste and then start in Slovenia. However, the approximately one-hour transfer is relatively expensive and should be organized in advance through the agency or the fleet operator.

The range of fleets in the area is huge, and various starting port variants are possible: Those who drive to Istria by car can start in Funtana, Pula, Veruda, or Pomer. Further south there is Opatija, the island of Krk (Punat) or Mali Losinj. The latter two island destinations sometimes involve ferry trips, which can become a bottleneck, at least in the high season. Then queues or traffic jams can cause delays .

Anyone who decides to also see the charming north of Istria and not to sail with the bulk of the charter crews, who usually quickly strive south, can also start in Slovenia (Portoroz and Izola) and then leisurely sail the beautiful cities of Istria. The journey by car is then about 100 kilometers shorter than to Pula. The only disadvantage is that you have to clear in and out of Croatia when crossing the border. But if you do it via Piran and Umag, you can complete the whole procedure in about 30 minutes.

In the summer months, the Maestral, a lighter north-west wind, blows very often on the Istrian coast. It develops gradually in the morning and usually reaches 3 to 4 Beaufort in the afternoon, and falls asleep again relatively quickly in the evening. In Istria, however, there are also longer calm days or a classic sea breeze.

The Bura can bring strong winds and storms from the northeast, which can be particularly violent in the early and late seasons but is always good for surprises in summer too. This is especially true for the Kvarner, which has two notorious bura aisles near Rijeka and Senj. The wind can be extremely strong there, crews should seek shelter there in good time if the Bura is forecast. The Bura often blows when the weather is very clear and good. The so-called Jugo
blows from the south, which almost always brings with it a deterioration in the weather with clouds and rain. In summer it is rare, in the early and late season it often alternates with the Bura. Longer Jugo brings high seas, as it has a lot of approach routes across the Adriatic Sea.

The Croatian weather service predicts Bura and Jugo quite reliably. Otherwise, the usual online or app weather information sites such as Windy,  Windfinder  (Pro version!), and others are often used. If the forecast is bad, you should definitely consult the Croatian forecasts.

The Istrian coast does not pose too much of a problem in terms of navigation, there is a little less flax and dangerous passages compared to the south, the most important ones are buoyed. Of note is the Brijuni National Park north of Pula, which includes some restricted areas. Between some islands, such as Losinj and Cres, Ist and Molat, there are narrow passages in which stronger currents and wind nozzles can stand. They can become impassable in strong winds.

Note the buoy fields in the area, which the state leases out to tenants and of which there are now around 70 to 80 throughout the country. Anyone who uses the buoys has to pay, the prices vary from around 2 to 5 euros per boat meter, depending on the location and popularity of the field. Important: If you want to anchor, you have to keep a distance of at least 150 meters to the fields (previously 250 meters). There is sometimes a dispute about this regulation: Some operators also try to collect crews who anchor near the fields. In such a case, one should keep a generous distance to avoid trouble from the outset.
Not all buoy ground gear is strong enough and well maintained. In Croatia, the operators are not liable for the condition of the buoys, so you should not blindly trust them in bad weather.

Important in Croatia: The charter crew must have someone with a  radio license (SRC or higher), this is now a requirement. And: If a dinghy is moved with an outboard engine, a person with a driver’s license must sit in it, no matter how much horsepower they have.

There is a dense network of good marinas along the coast, all with mooring lines.
Municipal city ports often offer relatively few places, most are equipped with mooring lines, electricity and water are relatively common, but sanitary facilities are not always available. Cost: Out of high season between 40 and 50 euros per night for a 12m yacht, municipal piers are cheaper.
The choice of safe anchorages is somewhat limited in Istria, with much more choice after the southern tip on the islands. Some buoy fields are subject to a fee, but here in the north, they are even rarer than in the south.

Croatia’s north is the classic car arrival destination on the Adriatic: If you start in Pula or Funtana, you can get there from the Munich area in about six to seven hours. There, crews await a territory that is underestimated by many. The approximately 50 nautical miles of Istrian mainland coast is very scenic, and many of the towns along the north-south route are picturesque: Rovinj with its peninsula surmounted by the church, Pula with the ancient Roman amphitheater, and also smaller, pretty coastal towns like Vrsar are definitely worth a visit.

However, there are fewer offshore islands along the coast than in southern Croatia, so anchoring is not as common. In addition, Istria is frequented by many rural tourists in summer, and it gets full when you go ashore. This explains why many crews who start here immediately turn their bow to the south and sail quite quickly to the islands off the Kvarner, Mali Losinj, Cres, Krk, or Silba and Premuda. The area there offers the typical Croatian island-hopping that many crews love so much: heading for a new island every day, short distances, always a good selection of coves and piers within just two or three hours of sailing. In addition, there are often moderate winds in summer, which do not overwhelm even beginner crews.

However, it is definitely worth exploring Istria and Slovenia as an alternative. You can make a detour to the Limski Fjord, which cuts deep into the mainland and is a good place to eat mussels. Those who are not afraid of the outrageously expensive harbor dues should also take a look at the Brijuni Islands National Park, where Tito had his summer residence. Today there is a museum there, and you can also marvel at exotic animals that the dictator acquired and that have been cared for there ever since. The change of territory to Slovenia is also worthwhile, Piran is without question one of the pearls of the Adriatic.

Because of the uncomplicated arrival, many crews use the area for a week trip. From Pula to the islands like Olib or Molat and back it’s just around 120 nautical miles, ideal for a week. Anyone sailing north from Pula will reach 100 nautical miles with a visit to Piran. If you want to see both, you should plan for two weeks, the contrast between islands and coast is very attractive. 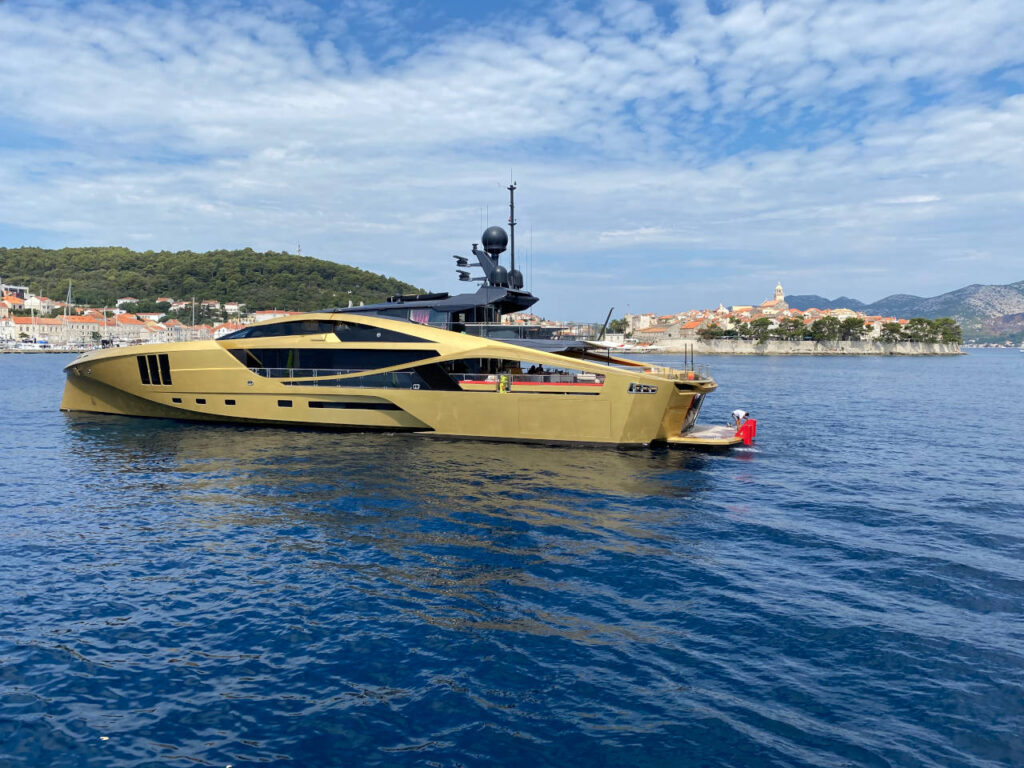