A catamaran is a type of boat that has two hulls. It is usually used for racing, sailing, or transporting goods. Catamarans are known for their stability and speed, making them a popular choice for many boaters. If you’re interested in learning more about catamarans or are considering purchasing or renting one, this post is for you! We’ll discuss the different types of catamarans available, as well as their benefits and drawbacks. Keep reading to learn everything you need to know about catamarans.

What is a catamaran?

A Catamaran is a boat with a double hull that features a distinctive characteristic that distinguishes it from other vessels. Many individuals are uncertain if a catamaran is a yacht, and because of the sleek design, versatility. sailing capabilities, and comfort, it undoubtedly is a yacht.

Catamarans are becoming increasingly popular among sports and leisure boaters due to their similar features. It’s not a new style; it’s actually a centuries-old design that has been modified and improved over time to become what it is today.

The first Catamaran was built in India and took its current name from the ancient Tamil term kattumaram, which meant ” logs fastened The first design was a log raft created by Tamil Nadu’s fishing communities in the fifth century, which was used to invade several Southeast Asian nations. The kattumaram became the preferred boat type across Polynesia and Micronesia in a matter of years.

The catamaran design was created by American Nathanael Herrcshoff in the 1870s and further developed in the 1950s. In the 1900s, it became a full-fledged yacht able to compete with mono-hulled boats while still offering comfort. The two hulls are used to stabilize the boat, which results in less motion on the water. This makes for a very smooth ride, no matter how rough the waters are or if there are high winds.

They gained popularity during World War II due to their toughness and stability. They were used to transport cargo and troops during the war, helping their reputation for durability.

Its versatility, speed, and luxury have attracted both sports and leisure boaters.

Catamarans can be a great choice for a recreational or a professional boat because of their speed, convenience, and ease of use. Because they have two hulls, they don’t need ballast in the center when racing. There’s also more room on a catamaran, which can be beneficial for business use. 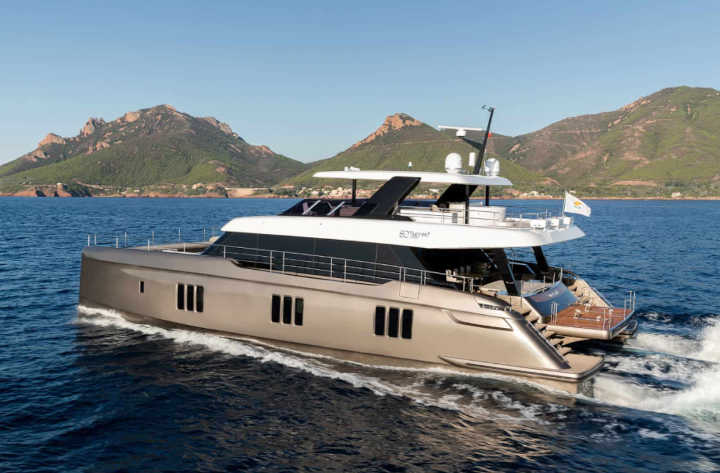 There are four different general types of catamaran that you will come across when looking into purchasing one for your own needs. The three different types are recreational catamaran, cruising catamaran, and racing catamaran.

Benefits and Drawbacks of Catamarans

There are a number of benefits to owning a catamaran, including:

– Smooth ride: Because there are two hulls and they’re attached at the widest section, catamarans tend to have very smooth rides.

– Space: Catamarans have a lot of room, making them great for both living on and transporting cargo.

– Speed: Although they don’t compete with hydroplanes, catamarans can get up to 40mph.

– Comfort: Most catamaran sailors agree that they’re difficult to tip over, so they’re considered very stable. 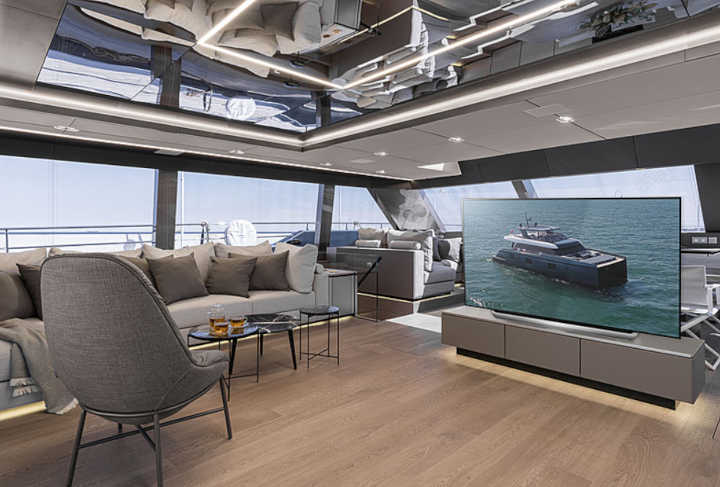 Although catamarans are wonderful to use, there are some drawbacks you may want to consider before purchasing one.

-The biggest drawback is the cost. Since catamarans are usually larger than single-hulled boats, they can be extremely expensive and hard to sell.

-The weight of the boat is also a concern. Catamarans are much larger than single-hulled boats, so they need to be able to support a lot more weight. If the catamaran is too light it can’t carry a large amount of weight and it can’t handle big waves like a heavier boat can.

-In addition to being pricey, catamarans also have more maintenance than other boats. Because there are more moving parts, it takes more work to keep them running smoothly.

-There’s also the possibility of damage to the hulls if one is damaged or sinks. If there’s a crack or hole in just one hull, water will start to fill the boat.

-Another con to catamarans is that they don’t track as well. In other words, it’s difficult for a catamaran to go in a straight line with the wind pushing at its side.

With all these drawbacks in mind, catamaran pros tend to outweigh the cons. Catamarans are a wonderful way to enjoy the water and they’re very convenient for those who want a boat that can easily be used as a home. 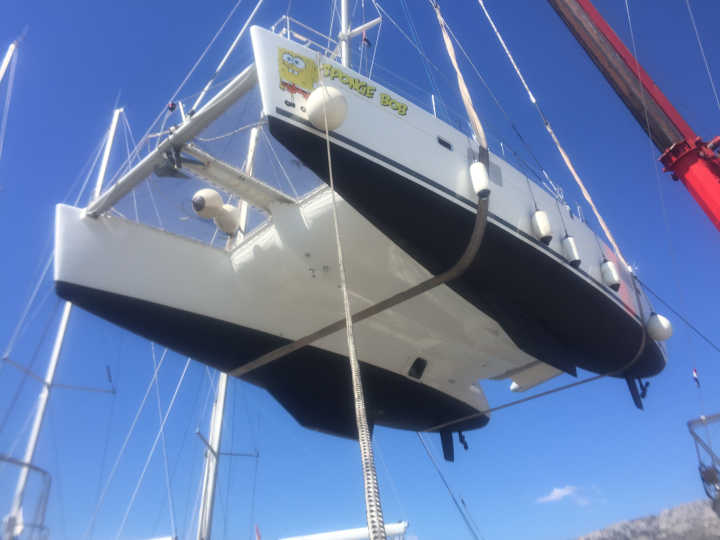 Are catamarans good for fishing?

Some catamaran boaters consider the fishing aspect of their voyage a top priority. The clearest indication they’ll have an easy experience is when they go out on the water in a boat with two hulls, at least one of which comes equipped with a [fishing] [live well]. This enables them to [drop a line] in addition to enjoying the amenities that often come standard in most catamaran boats today.

Is it safe in a storm?

Although some think twice about going out on the water in particularly bad weather conditions, others cannot resist their desire to be on the water. Catamaran boaters can easily [leave the dock]] during a storm due to their stability and sturdy hulls. In fact, Catamarans are known as one of the safest boats on the water because they offer a smooth ride and won’t capsize in rough conditions.

What kind of boating experience does a catamaran provide?

There’s an old saying that goes, “any boat can float, but it takes a catamaran to sail.” Boats with two hulls allow for a smooth ride no matter how much you’re traveling across the water. Another characteristic is speed. Commercial companies prefer the high speeds provided by catamarans when transporting goods from Point A to Point B because it saves time and money. If you plan on going on a long trip, you’ll have plenty of space and nothing will slow you down.

Catamarans are becoming increasingly popular among sports and leisure boaters due to their similar features. The first Catamaran was built in India and took its current name from the ancient Tamil term kattumaram, which meant “logs fastened together.” In fact, Catamarans are known as one of the safest boats on the water because they offer a smooth ride and won’t capsize in rough conditions.